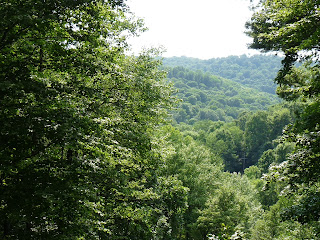 I hope I was never this bad as a child.

I was told that one of the kids in my cabin probably had the worst attitude of them all.

Yelled as little as possible, but still more than I usually yell in a year.

I hope I was never this bad as a child. 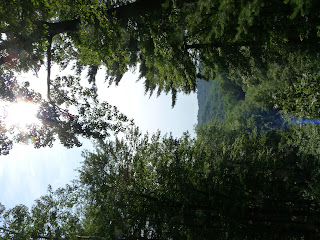 I made it through most of the week.

Friday, they started screaming at each other.

I had one girl crying because another was being mean to her in the pool,

The other girl was intentionally trying to irritate her.

I was going on my second week of very little sleep at night.

I finally managed to separate them,

Talked to them one at a time,

Starting with the irritator. 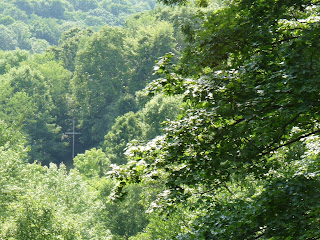 She said that she didn't care about anyone but herself,

That, if someone yelled at or hit her, she had the right to hit back,

That she didn't care who that person was or if they got hurt,

That she wasn't going to be nice because she was not a nice person,

That she wouldn't ignore the other person because she had the right to retaliate,

And I'm just sitting there,

With no idea how I'm going to survive the next twelve hours,

No way to get through to this girl,

No way to make her understand,

And I'm sure I should've had some profound Biblical wisdom at that point,

But nothing I could think of would've gotten through to her any more than anything else I'd said that week,

And how do I make this girl understand? 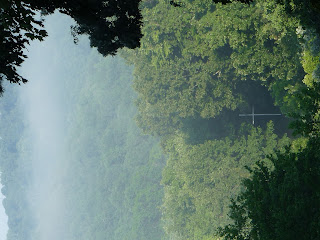 I talked to the other girl, too,

The one who was being irritated,

Asked her to try to ignore the irritator,

Try to stay away from her,

Not to talk to her.

I couldn't dispute that.

The irritator had told me as much herself. 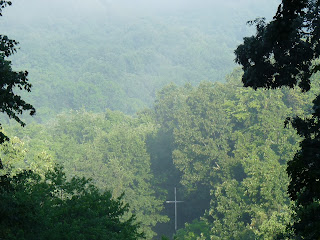 I got them out of the cabin about twenty minutes late.

We went up to hear the storytelling.

I recounted the events to a higher authority,

Someone with more experience.

The best she could tell me?

"It's only twelve more hours."

I wanted to cry.

In fact, I was on the verge of a total meltdown for the next hour or so.

My eyes kept filling with tears.

Fortunately, I had stocked my bag with plenty of tissues.

My mind was still in the cabin,

Still trying to sort through everything that had happened,

How I was going to survive with those two living in the same room for one more day. 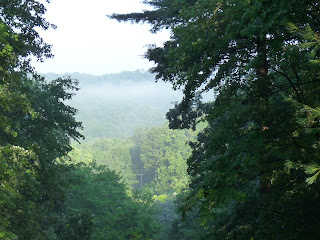 I didn't hear much of the story of Jonah and the Whale,

Barely registered the story of Jesus calming the waves,

But when he got to the next "story", my ears tuned themselves in.

The tears filled my eyes again.

I know every word of this Psalm,

Had to memorize it a long time ago for Sunday School.

It's never meant quite this to me before, though.

It has to be one of the most beautiful promises in the Bible, this Psalm,

That He is taking care of us, no matter what is going on outside - 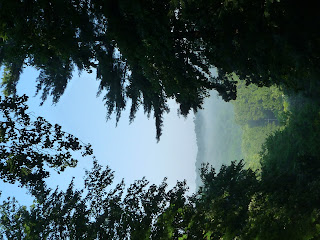 I tried to stop myself from crying -

Crying because that promise had never seemed more distant,

Crying because I was dying to get away -

Preferably somewhere in the middle of the woods,

Maybe sneak away to a piano,

Play "How He Loves"

But the promise remained,

And, as long as he was speaking,

Those tears didn't leave my eyes. 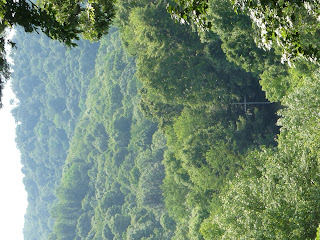 I survived the next twelve hours,

Managed to get through on not enough sleep.

After they'd all left and all was quiet,

We went down to the benches overlooking the cross,

White and hidden there among the trees.

We spoke of all that had happened that week.

That it was the most difficult week of camp they'd ever experienced.

But one person said something I didn't notice -

That, when he told the stories,

Every child who could never sit still for more than ten seconds,

Every child who would never be quiet,

Devoted all of his or her attention to the words of the storyteller,

Not speaking at all.

We told a few stories of hints that we might've made a difference,

Might've helped these young and difficult kids to grow, learn to listen,

And we just sat,

There in the presence of the hope that had been there all along,

The promise that made even the most wild kids sit and listen in wonder.

"Let us know next year, when we send out the emails again."

Far too close to the craziness of week,

Yes, I'll do this again.

Even if next year is as bad as this year.

Even if it doesn't make a difference.

Maybe it's just that promise,

Just that symbol in the woods,

My answer is yes. 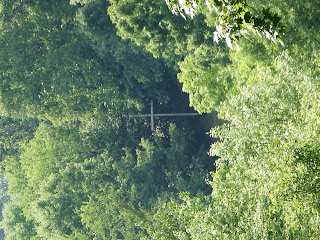 Because the promise depends on who He is,

The hope on what He is capable of,

And my soul on understanding it all to the best of my ability. 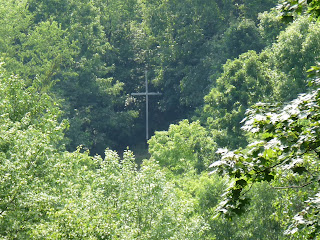 
(Take the challenge with us!)

I'm so glad He held you up and I can see why you mentioned that your week had been crazy in your email.

Sorry I haven't emailed you back yet. We've been neck deep in CLEP planning and looking up colleges (I stayed up till twelve thirty this morning), so I've been a pretty busy girl. We have prayer meeting tonight, but I'll try to sit down and write to you tomorrow.

Oh, yes, Melody, me, too. I was so dead by the weekend, though. Thank God for blessing me with a great church to go to on Sunday evening! I even got to hear my all-time favorite hymn this time!

It's alright! Don't worry about it. I need to apologize, too. I've been super-busy (babysitting) and have neglected to take a more thorough look at that which you sent me. I'm sorry. I meant to do that days ago. Hopefully I'll have time tomorrow.

Good luck with the college search, and I hope your prayer meeting goes well!

Sounds painful, draining, and frustrating. In the face of such frustration, I have to remind myself that Jesus endured the same. And He did it for me. And then I remember that I was that girl, with the same attitude, and He loved me. God used you to plant seeds in those children's hearts. Thanks for sharing this! Blessings!

I love the way you tell your stories Mary. This one reminds me of my children sometimes when I realize the only One who can reach into their hearts is Jesus & His Word. Also I am reminded that it is a lengthy process & one of the means the Lord uses to develop great patience in us! The hard things are the most refining. So glad you won't give up next time! You will reap a blessing from this experience! I love your thoughtful comments on my blog! Love & prayers, in Jesus, Cynthia

Thank you, Christina! Wonderful reminders - especially that He loves us even in our mess. Maybe I'll print those out and take them with me next year :). Thank you for your encouragement! Blessings for you, too, friend!

Thank you, Cynthia! Personally, I think I'm a horrible storyteller, but I'm very glad God blessed you with my words.

Oh, yes, He is the only One, and it is a very lengthy process. And He does use it to develop patience, which I could certainly use more of! Thank you for putting it this way for me! One of the most beautiful things about sharing stories is that other people see truth I've missed, then kindly and graciously tell me about it!

Thank you for your comments, friend. Love and prayers for you, too!

You had me with you through every word of this post. Wow, what a tough nut that one was! Yet I see such promises in your list of Reasons this time. Let's pray through this year for these troubled, and troubling, girls. God can redeem anything, and that fact makes me look forward to see what He might have in store for next year. God bless you mightily for your "Yes"!

Oh, thank you, Sylvia. I thought it might be hard to follow. Praise God that He is able to take my crazy, scattered words and somehow make them comprehensible! Yes, it was difficult, but there is promise, there are promises, and He is faithful, always faithful.

What a wonderful idea! I can't believe I didn't think of that, after the way I was praying for them all week. Yes, let's pray for these girls and boys, that they would truly know Him and He would be at work in them. He can redeem, and I pray that He does. Next year. Yes, next year . . .

God bless you, too, friend! Thank you for always seeing the things I can't, then taking the time to share them with me. Thank you for your reasons - always so encouraging! - and the opportunity to see just a glimpse of all the praise that comes from them.

Oh my... God is so faithful, even in the storms... So happy He pulled you through :)

Hello, Kathleen! Thank you so much for stopping by!

Yes, He is so faithful, always pulling me through! No matter how big those storms are, He is bigger still, Sovereign over everything. It's so good to know who He is, how Great He is, how trustworthy - and how wonderful to not have to trust in myself!

Thank you for your words and encouragement!