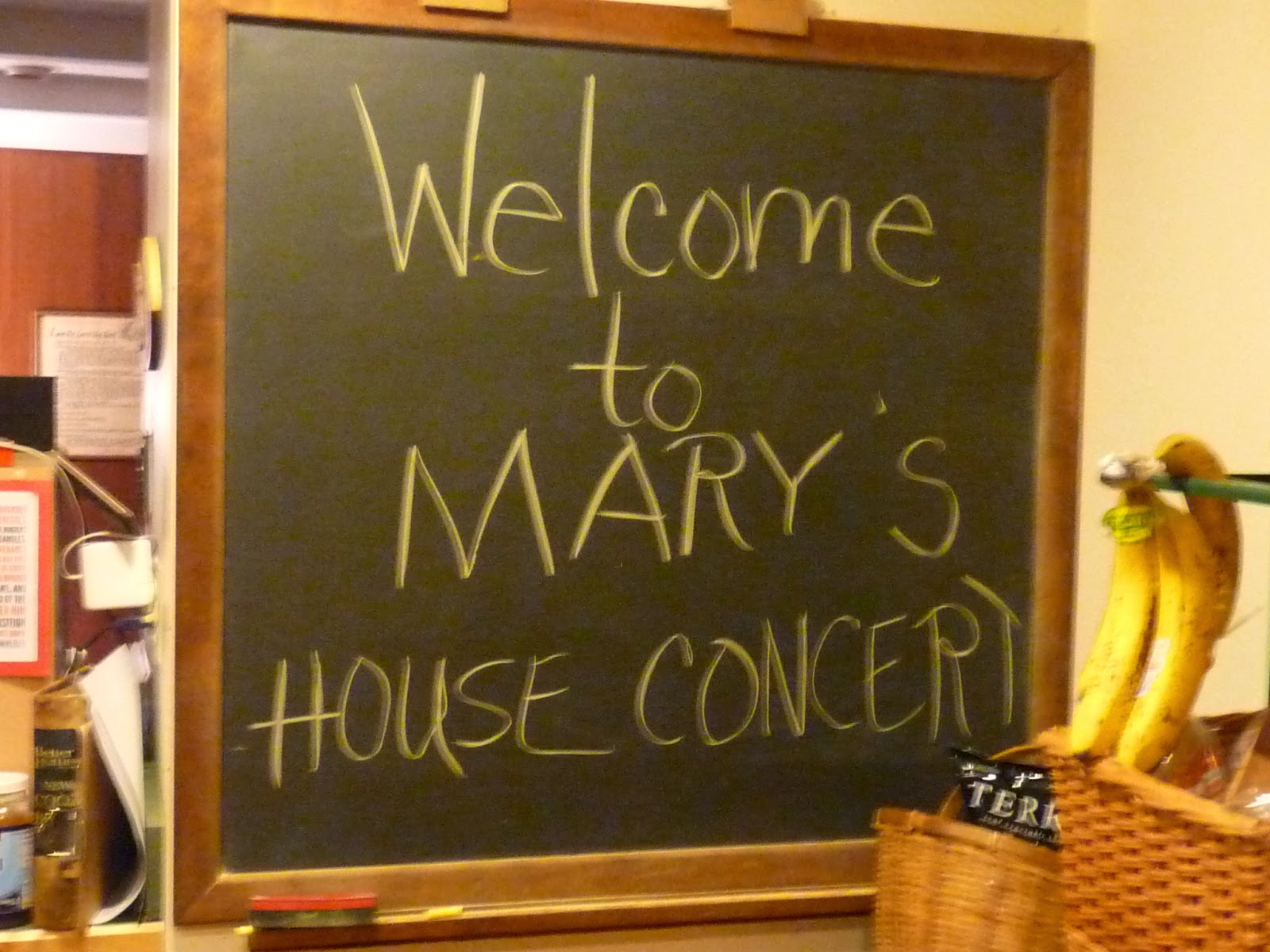 After four years of writing, I finally did it.

I gave my first concert.

And, really, "I" did it just isn't the right description.

God pretty much dropped this opportunity in my lap,

And it would never have come together without the help and encouragement of countless friends and family members.

Honestly, I am blown away.

By so many things.

I thought I'd take a moment to share some of the strange, random thoughts that have occurred to me in the past sixty hours. 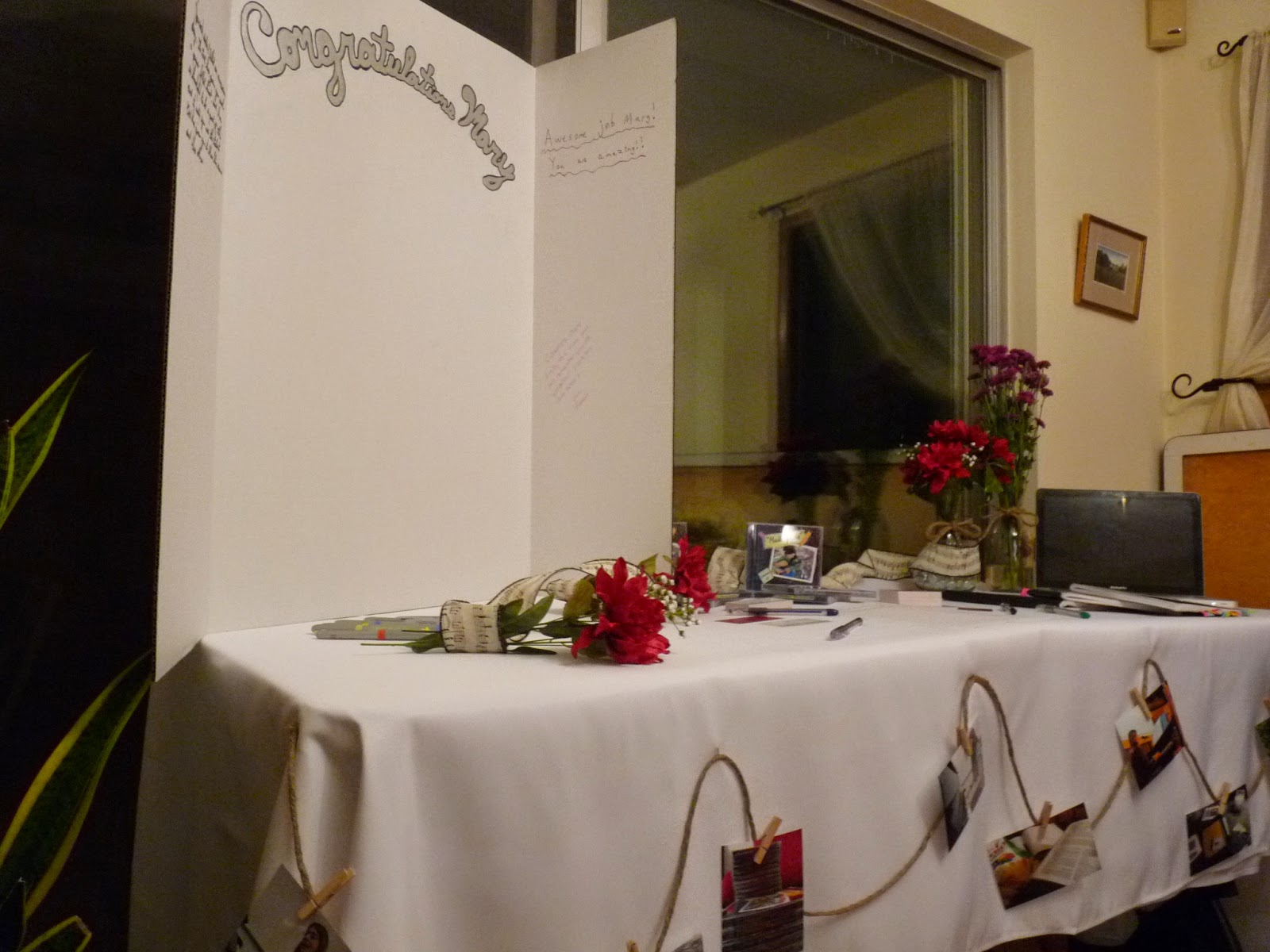 I think the only time I've ever sung that much is when we used to do worship nights in college.

I've never known how to sing and play fifteen of my own songs at any one time.

Since I've never had the opportunity to practice much, I forget the accompaniments shortly after I record them.  (Fortunately, I have the recordings to refer back to so I can remember them again.)

"How, exactly, did I get through sixteen songs?"

I don't know if I've ever once performed a single one of my songs and been able to look back and know how I got through it.

I've never gotten completely, totally stuck (though I do in practice all the time).

I've never had a clear memory of how I managed to get through every step between the first verse and the last line.

I think it must just be God sustaining me, because I can't figure out any other way to fill in the holes. 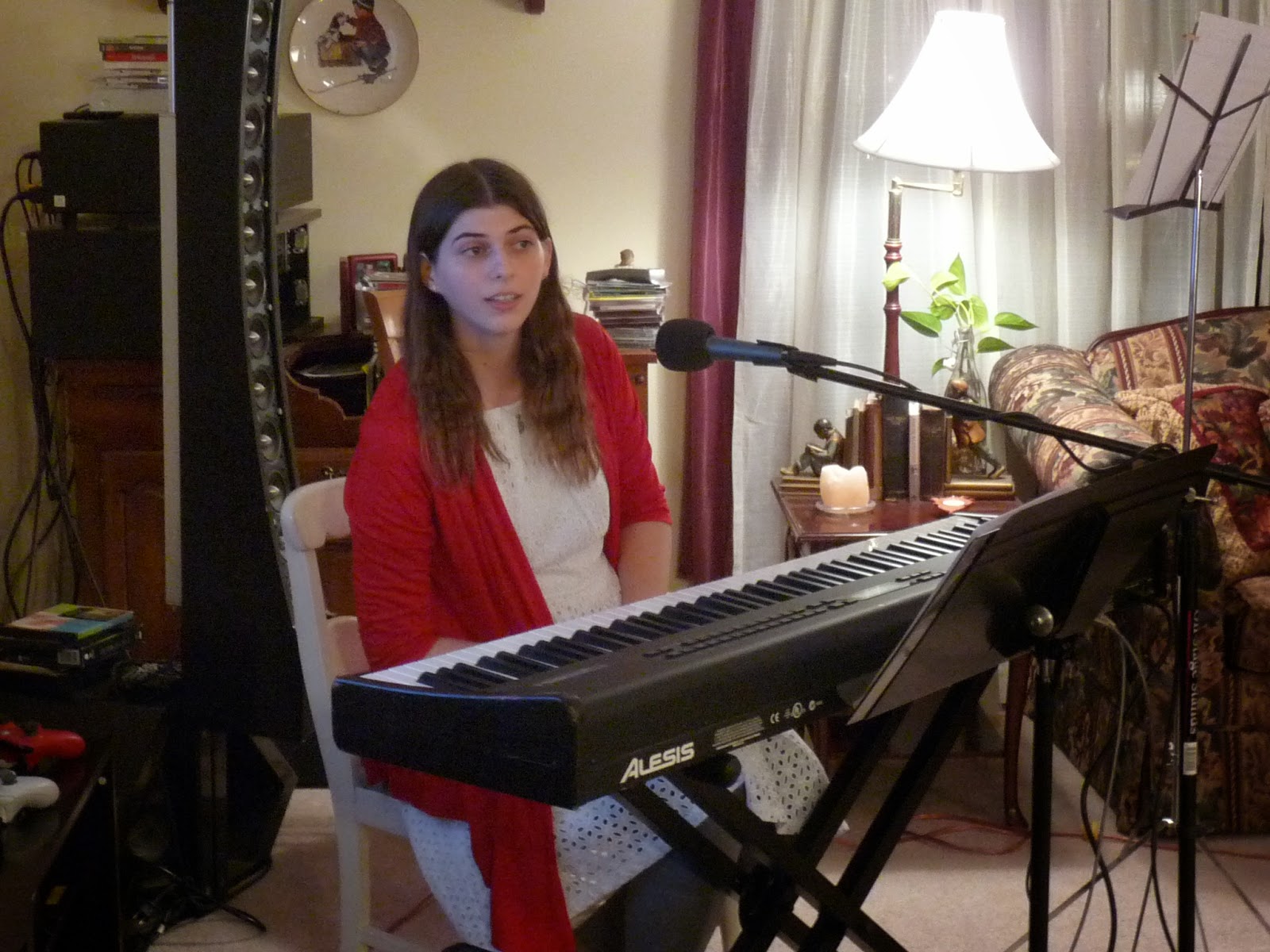 "These people actually came to hear me."

It's so crazy to me that other people would want to hear the words that I write.

I feel like I write to get things out of my brain and off my chest.

There's something in the artist that requires making art - as though, if I don't write, keeping it all in will kill me.

So, really, I write mostly for myself.

I write very personal songs about what's going on in my life at any given moment.

That anyone would want to come hear my messy words - my messy life - just blows me away.

(Then again, I love listening to other artists' music.  Double-standard, much?)

That my friends would give up their night - absolutely prioritizing my concert over anything else they had going on - is so humbling.

That strangers I've never even met would take a friend at his or her word and come to hear some unknown songwriter perform is so humbling.

I guess, then, that what God does through me amazes me all the more.

"These people were blessed by my performance."

A super-encouraging friend keeps telling me that my music is a blessing.  Sometimes, though, that's hard to believe.  How could my words actually bless someone else?

I got to spend a lot of time at the concert talking to people.  While I wasn't very good at engaging those who weren't really engaging me (which is really because I'm shy and small talk is not my favorite thing to do), those who really wanted to talk to and engage me just blew.  Me.  Away.

Then people were telling me my lyrics were deep and meaningful - not just the same old lines repeated over and over again.  They said my stories were articulate (when I'd been more concerned that I was rambling and not explaining clearly), and that they appreciated my honesty.

It's hard to be in front of a group of people and let them see a little bit of how screwed-up you are.  There can be a lot of fear that someone will think you're not good enough - especially in Christian circles, that you're not a good enough Christian - because you admit that you aren't perfect.  But the truth is, we're all struggling.  And, hard as it can be for a perfectionist to admit she's not perfect, it's absolutely the truth.

That God would use my words to bless another?  It just astounds me.

"This is the Body of Christ."

The day after I got back from Escape to the Lake, I went to church early for prayer.  We read that day's passage, which was about the Body of Christ, the church.  As we prayed, I started crying, because I felt like I wasn't fulfilling the role I was supposed to as part of the Body.

Saturday night, someone else brought up the Body.  The way everyone supported me, and the things I heard of what my music had meant to others - I just felt whole.  That role I wasn't fulfilling?  I was fulfilling it now.  And it felt like the perfect timing. 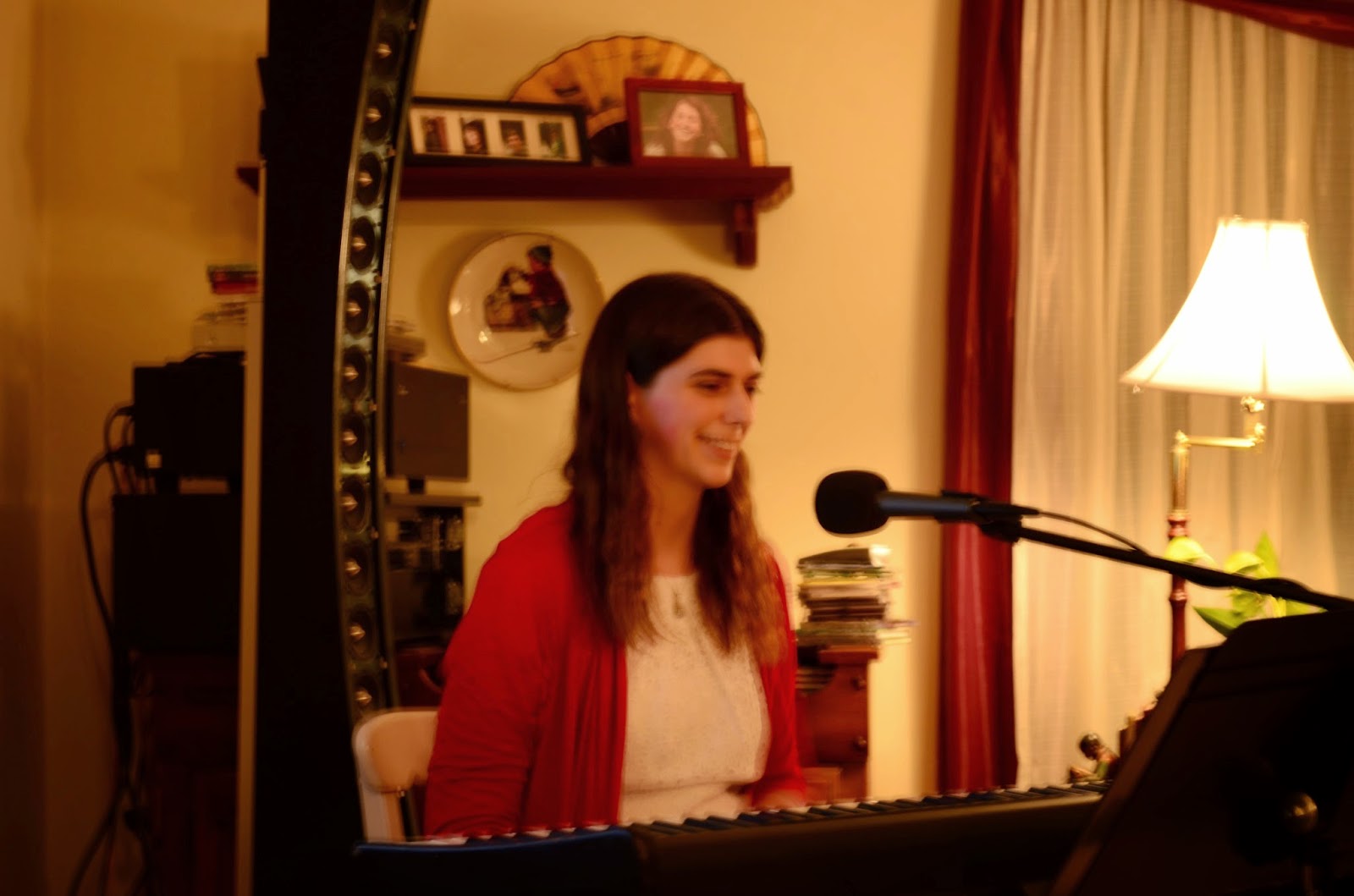 I usually have terrible stage fright.  But, Saturday, I didn't.  At all.

I was a little more attentive than normal because I was worried about screwing up, but nothing I'd call nerves.

I was just comfortable and so happy, blessed, and overwhelmed to have the opportunity to share.

This morning, I was asked if I was glad it was over.

I spent the weekend staying up late and getting up early because there was so much I needed to get done.

And all the time, all the absolute exhaustion, everything - it was all worth it.

I can't think of anything I'd rather be doing. 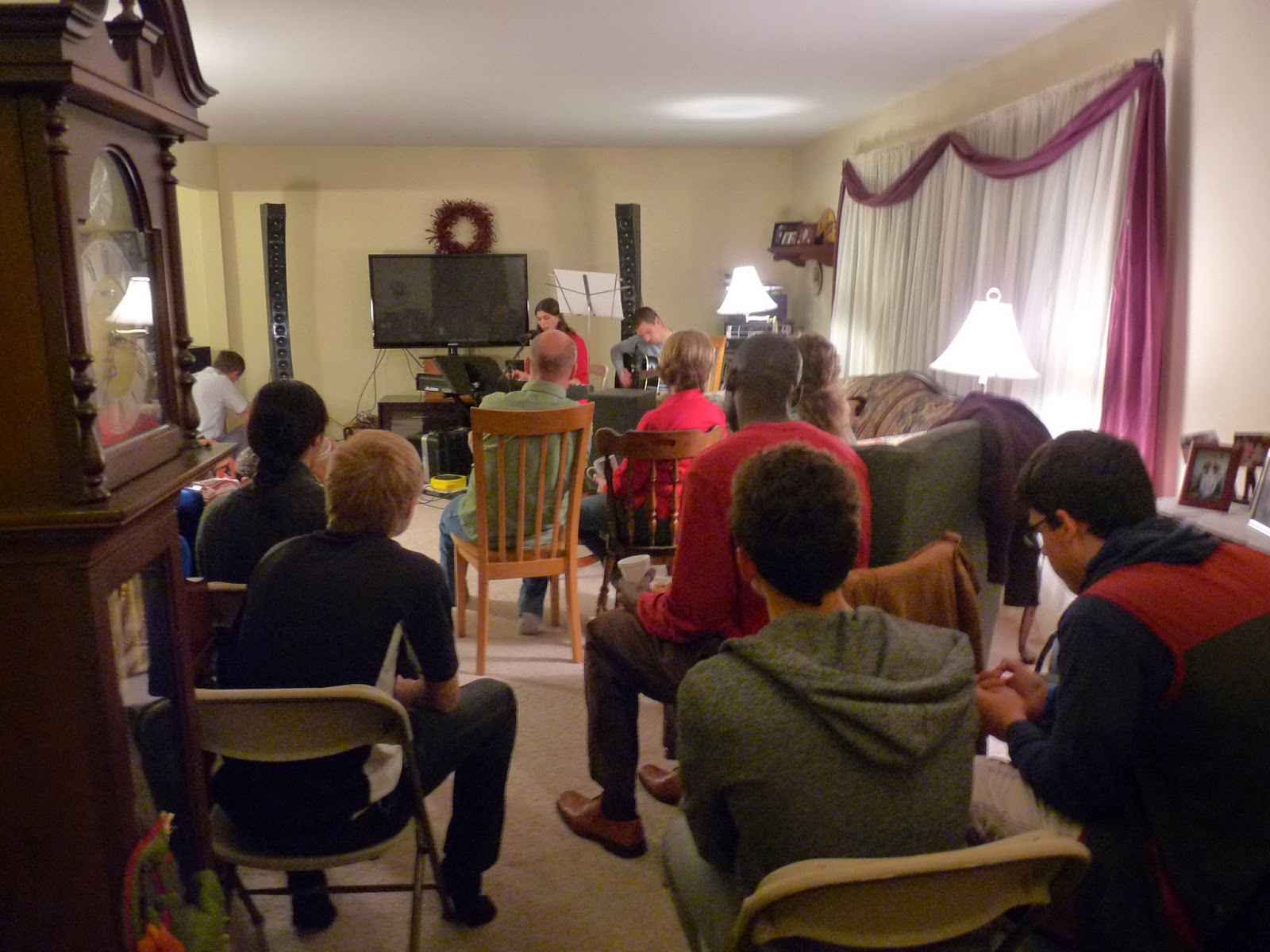